Regardless of how much closer Obama's budget brings our economy into a balance of payments not seen since 2001, we will continue to run deficits for the next decade, and the national debt will keep growing every year that happens.

While most of the country's $14 trillion debt is held by private banks in the U.S., the Treasury Department and the Federal Reserve Board estimate that, as of December, about $4.4 trillion of it was held by foreign governments that purchase our treasury securities much as an investor buys shares in a company and comes to own his or her little chunk of the organization.

Looking at the list of our top international creditors, a few overall characteristics show some interesting trends: Three of the top 10 spots are held by China and its constituent parts, and while two of our biggest creditors are fellow English-speaking democracies, a considerable share of our debt is held by oil exporters that tend to be decidedly less friendly in other areas of international relations.

Here we break down the top 10 foreign holders of U.S. debt, comparing each creditor's holdings with the equivalent chunk of the United States they "own," represented by the latest (2009) state gross domestic product data released by the U.S. Bureau of Economic Analysis. Obviously, these creditors won't actually take states from us as payment on our debts, but it's fun to imagine what states and national monuments they could assert a claim to. 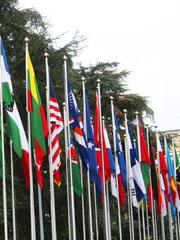 Building on the holdings of its associated territories, China is undisputedly the largest holder of U.S. foreign debt in the world. Accounting for 20.4% of the total, mainland China's $891.6 billion in U.S. treasury securities is almost equal to the combined 2009 GDP of Illinois ($630.4 billion) and Indiana ($262.6 billion) in 2009, a shade higher at a combined $893 billion. As President Obama -- who is from Chicago -- wrangles over his proposed budget with Congress he may be wise to remember that his home city may be at stake in the deal.

The runner-up on the list of our most significant international creditors goes to Japan, which accounts for over a fifth of our foreign debt holdings with $883.6 billion in U.S. treasury securities. That astronomical number is just shy of the combined GDP of a significant chunk of the lower 48: Minnesota ($260.7 billion), Wisconsin ($244.4 billion), Iowa ($142.3 billion) and Missouri ($239.8 billion) produced a combined output of $887.2 billion in 2009.

At number three on the list is perhaps our closest ally on the world stage, the United Kingdom (which includes the British provinces of England, Scotland, Wales and Northern Ireland, as well as the Channel Islands and the Isle of Man). The U.K. holds $541.3 billion in U.S. foreign debt, which is 12.4% of our total external debt. That amount is equivalent to the combined GDP of two East Coast manufacturing hubs, Delaware ($60.6 billion) and New Jersey ($483 billion) -- which was named, yes, after the island of Jersey in the English Channel. The two states' combined output in 2009 came to $543.6 billion.

Another grouped entry, the oil exporters form another international bloc with money to burn. The group includes 15 countries as diverse as the regions they represent: Ecuador, Venezuela, Indonesia, Bahrain, Iran, Iraq, Kuwait, Oman, Qatar, Saudi Arabia, the United Arab Emirates, Algeria, Gabon, Libya, and Nigeria. As a group they hold 5% of all American foreign debt, with a combined $218 billion of U.S. treasury securities in their own treasuries. That's roughly equivalent to the combined 2009 GDP of Nebraska ($86.4 billion) and Kansas ($124.9 billion), which seems to be an equal trade: The two states produce a bunch of grain for export, which many of the arid oil producers tend to trade for oil. 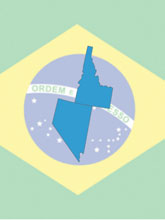 Rounding out the top five is the largest economy in South America, Brazil. The country known for its beaches, Carnaval and the unbridled hedonism that goes along with both has made a big investment in the U.S., buying up $180.8 billion in American debt up to December. That's almost equal to the $180.5 billion combined GDP of Idaho ($54 billion) and Nevada ($126.5 billion), a state that is no stranger to hedonism itself.

You have to have cash on hand to buy up U.S. government debt, and offshore banking has given six countries the combined capital needed to make the Caribbean Banking Centers our sixth-largest foreign creditor. The Treasury Department counts the Bahamas, Bermuda, the Cayman Islands, the Netherlands Antilles, Panama and the British Virgin Islands in this designation, which as a group holds $155.6 billion in U.S. treasury securities. That's equivalent to the GDP of landlocked Kentucky ($156.6 billion), whose residents may not actually mind if they were ever to become an extension of some Caribbean island paradise.

At No. 7 on the list of our foreign creditors is Hong Kong, a formerly British part of China that maintains a separate government and economic ties than the communist mainland. With $138.2 billion in U.S. treasury securities, the capitalist enclave could lay claim to Yellowstone Park and our nation's capital: The combined GDP of Wyoming ($37.5 billion) and Washington D.C. ($99.1 billion) totaled $136.6 billion in 2009. 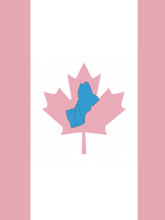 They say that a friend in need is a friend indeed, and our neighbor to the north has proven to be a kind and generous creditor in our time of financial need. Canada holds about 3.1% of our foreign debt, or $134.6 billion. If friend were to become enemy and Canada were looking to annex some U.S. land to cover the debt though, the country would have an easy time of it. The combined GDP of Maine ($51.3 billion), New Hampshire ($59.4 billion) and Vermont ($25.4 billion) comes close to Canada's debt holdings at $136.1 billion.

Residents of the three states in our extreme northeast corner should start practicing their French: They might become Québécois one of these days.

Taiwan, an island barely 100 miles off the coast of China, is claimed by the People's Republic of China, despite having its own government and economic relations with the outside world. Part of those economic relations includes the island's holding of $131.9 billion of U.S. debt, roughly equivalent to the combined GDP of West Virginia ($63.3 billion) and Hawaii ($66.4 billion), which totals $129.7 billion.

Unless we get our spending in check, we risk losing some of our most visually stunning territory (West Virginia, obviously) to our friendly neighbors on the other side of the Pacific Ocean.

Starting off the list of our major foreign creditors is Russia, which holds about 2.4% of the U.S. debt pie that sits on the international dinner table. Its $106.2 billion in treasury securities is equivalent to the 2009 GDP of our sparsely populated North: The combined output of North Dakota ($31.9 billion), South Dakota ($38.3 billion) and Montana ($36 billion) matches up nicely with the Russian holdings, at $106.2 billion.