5 Fish You Should Never Eat

5 Fish You Should Never Eat

By David Zinczenko with Matt Goulding

If you’re over the age of 12, you’ve probably had more than a few dearly held beliefs ruined by reality. Like when you discovered it was Mom and Dad, not Santa, who were orchestrating the magic of Christmas. Or when you spent hours watching “Kim’s Fairytale Wedding” over and over again, only to learn that keeping up with this Kardashian was a waste of time. As they say, reality bites.

Not all fish are good for you.

Last year, the USDA increased its seafood recommendation to 8 ounces per week, and that has led many to believe that all fish are equally smart choices. But some are so high in contaminants like mercury that their health benefits are outweighed by their health risks. Others are flown in from halfway around the world, but given labels that make you think they were caught fresh earlier that morning. And still others are raised in filthy, overcrowed pools and loaded up with chemicals to keep them alive.

So let me shed light on some very rough waters. Put these fish at the top of your don't-eat list and you'll avoid most of the troubles of the world's fishing industry.

Why It's Bad: A recent analysis by The New York Times found that Atlantic bluefin tuna has the highest levels of mercury of any type of tuna. To top it off, bluefin tuna are severely overharvested, to the point of reaching near-extinction levels, and are considered "critically endangered" by the International Union for Conservation of Nature. Rather than trying to navigate the ever-changing recommendations for which tuna is best, consider giving it up altogether. But if you can't . . .

Eat This Instead: Opt for American or Canadian (but not imported!) albacore tuna, which is caught while it's young and doesn't contain as high levels of mercury.

#2: ATLANTIC SALMON (Both Wild-caught and Farmed) 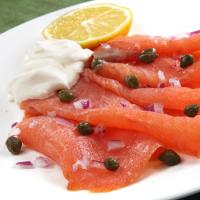 Why It's Bad: It's actually illegal to capture wild Atlantic salmon because the fish stocks are so low, and they're low, in part, because of farmed salmon. Salmon farming is very polluting: Thousands of fish are crammed into pens, which leads to the growth of diseases and parasites that require antibiotics and pesticides. Often, the fish escape and compete with native fish for food, leading to declines in native populations.

Adding to our salmon woes, the U.S. Food and Drug Administration is moving forward with approving genetically engineered salmon to be sold, unlabeled, to unsuspecting seafood lovers. That salmon would be farmed off the coast of Panama, and it's unclear how it would be labeled. Currently, all fish labeled "Atlantic salmon" come from fish farms. And, as you know if you follow me on Twitter, they're fed pellets that contain pink dye—that's how they get their color. Gross!

Eat This Instead: Opt for Wild Alaskan salmon.

Why It's Bad: This group of fish includes flounder, sole, and halibut that are caught off the Atlantic coast. They found their way onto the list because of heavy contamination and overfishing that dates back to the 1800s. According to Food and Water Watch, populations of these fish are as low as 1 percent of what's necessary to be considered sustainable for long-term fishing.

Eat This Instead: Pacific halibut seems to be doing well, but the group also recommends replacing these fish with other mild-flavored white-fleshed fish, such as domestically farmed catfish or tilapia. 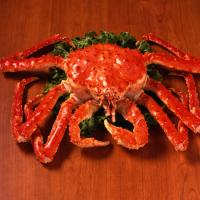 Why It's Bad: The biggest problem with imported crab is that most of it comes from Russia, where limits on fish harvests aren't strongly enforced. But this crab also suffers from something of an identity crisis: Imported king crab is often misnamed Alaskan king crab, because most people think that's the name of the crab. And supermarkets often add to the confusion by labeling imported king crab "Alaskan King Crab, Imported." But Alaskan king crab—crab that actually hails from the great state of Alaska—is a completely separate animal and is much more responsibly harvested than the imported stuff.

Eat This Instead: When you shop for king crab, whatever the label says, ask whether it comes from Alaska or if it's imported. Approximately 70 percent of the king crab sold in the U.S. is imported, so it's important to make that distinction and go domestic. 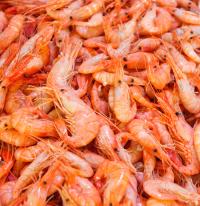 Why It's Bad: Imported shrimp actually holds the designation of being the dirtiest of all the seafood we looked at. (For our full list, check out 12 Fish You Should Never Eat.) Problem is, 90 percent of shrimp sold in the U.S. is imported. Imported farmed shrimp comes with a whole bevy of contaminants including antibiotics, residues from chemicals used to clean pens, E. coli, mouse hair, rat hair, and pieces of insects. Yum! Part of this has to do with the fact that less than 2 percent of all imported seafood (shrimp, crab, catfish, or others) gets inspected before its sold, which is why it's that much more important to buy domestic seafood.

Eat This Instead: Domestic shrimp. Seventy percent of domestic shrimp comes from the Gulf of Mexico, which relies heavily on shrimp for economic reasons. Pink shrimp from Oregon are another good choice; the fisheries there are certified under the stringent Marine Stewardship Council guidelines.